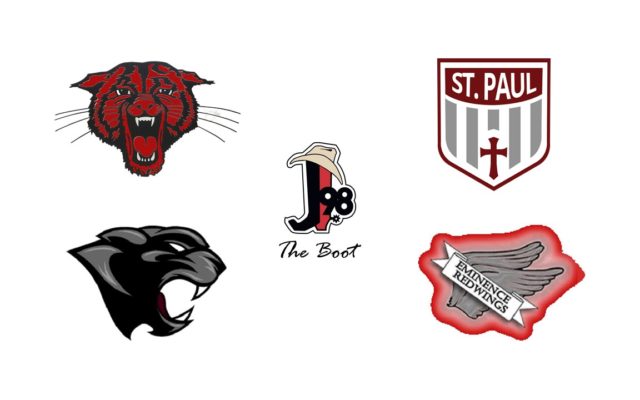 (Annapolis, Mo.) The Class 1 District 3 girls basketball semifinals get underway this evening on J98 as #1 South Iron takes on #4 Lesterville and #2 Eminence squares off with #3 St. Paul Lutheran.

The first game of the night will see the 21-4 South Iron Panthers meeting the 15-10 Lesterville Bearcats for the fourth time this season.

The Panthers won the previous three meetings against the Bearcats, but South Iron head coach Lawrence Graves says you throw out records and previous games this time of year.

Lesterville head coach Melissa St. Gemme says she wants her girls to play fearless and give everything they’ve got.

The second game of the semifinals will feature the 19-7 Eminence Redwings and the 16-10 St. Paul Giants.

These two teams met back in mid-January with the Redwings coming out on top.

Giants head coach Andy Sherrill says having met already once this year, he believes they have a chance to fare better the second time around.

Coverage of the Class 1 District 3 girls basketball semifinals begins this evening at 5:45 on 98.5 FM, J98.