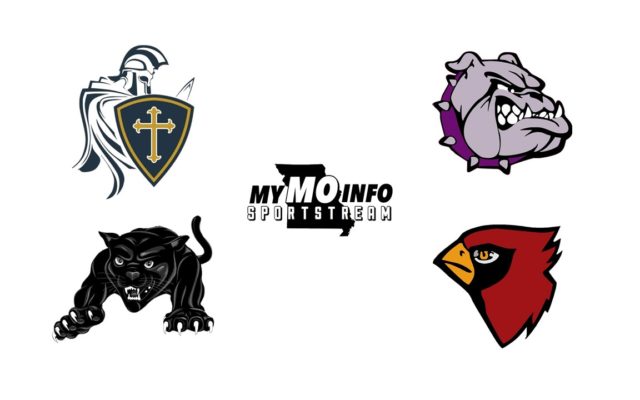 The Class 3 District 2 Girls Tournament continues tonight on the MyMoInfo SportsStream and the first semifinal game will feature the #1 seed Saxony Lutheran Crusaders taking on the hosting #5 seed Fredericktown Black Cats. Saxony Lutheran won their quarterfinal game 86-40 over #8 Clearwater on Saturday and come into the game with a 15-11 record. Fredericktown upset the #4 seed Kelly Hawks 66-58 in the quarters and head coach Scott Davis says his team is starting to turn a corner.

The Black Cats come into the game 7-18 on the season and know taking care of the basketball against the Crusaders is key.

Coverage between the #1 Crusaders and #5 Black Cats will begin at 5:45 with the Flieg’s Equipment Pregame Show on the MyMoInfo SportsStream.

Our second game of the night will feature #2 West County and #6 Woodland. West County took down Scott City 60-45 and come into the game with a 19-6 record. Woodland knocked off Arcadia Valley in the quarterfinals 58-52 and come in at 12-14 on the season. Coverage between the Bulldogs and Cardinals will begin right after the first semifinal concludes on the MyMoInfo SportsStream.