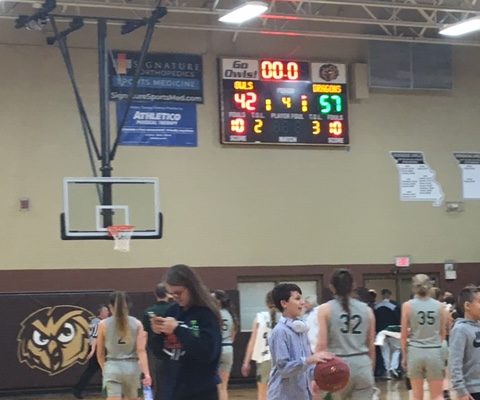 (IMPERIAL) The DeSoto Lady Dragons held off a 3rd quarter push by the Windsor Lady Owls to win comfortably 57-42 tonight on AM 1400 KJFF.

DeSoto’s Krystin Keath knocked down three 3’s in the first half to help the Dragons build a 28-16 lead going into the break. The Owls then put the onus on Reagan Daly to try and claw their way back into the game.

However, DeSoto’s Maddie Young proved too much for the Owls in the 2nd half as the junior scored 15 of her 17 points in the final 16 minutes.

The win for DeSoto puts its overall record at 5-13 and its Jefferson County Large Schools Conference record at 1-1. The Windsor Owls fall to 4-7 this season and 0-1 in the conference.

The Desoto girls will have an 8-day layoff before hosting Northwest Academy next Friday. The Windsor Lady Owls are back in action on Tuesday at home to face Jefferson R-7.