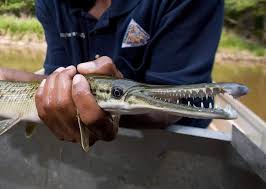 (Jefferson City) The Missouri Conservation Commission met this week in Jefferson City and covered a couple topics our listeners may be interested in.

The commission gave initial approval of various changes to the Wildlife Code allowing the incidental taking of feral hogs on conservation land during deer and turkey hunting seasons.

They clarified methods allowed to take wildlife by defining handguns, they established a new permit and regulations related to coyotes and foxes taken and held alive, they prohibited the harvest of alligator gar, the commission established a new permit and regulations to allow utilization of fish taken during bona fide tournaments or department-sponsored invasive fish removal projects.

The MDC is accepting public comment on these changes until May 1st at mdc.mo.gov.

The commission will consider the input and have a final vote on these proposed changes in May.

The commission also approved the purchase of 107 acres in Iron County as an addition to Ketcherside Mountain Conservation Area.