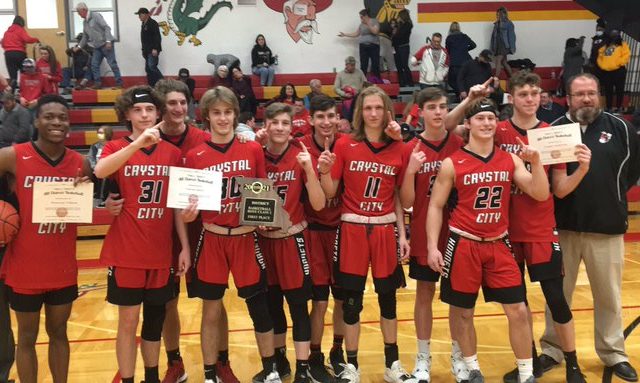 The Hornets had the Vikings on the run right from the start.

Seniors Donovan Tullock and Carson Short combined for 31 points, and senior Hunter Bassin chipped in 7 points off the bench to go with strong defense to earn Applebee’s of Farmington Player of the Game.

Crystal City wins for the 11th time in the last 15 games and takes home its first district title in boys’ hoops since 2015.

While Valley’s season ends with a record of 13-9, the Hornets are now 12-11 and will face either Valle Catholic or Advance in the Class 2 state sectionals on Tuesday.