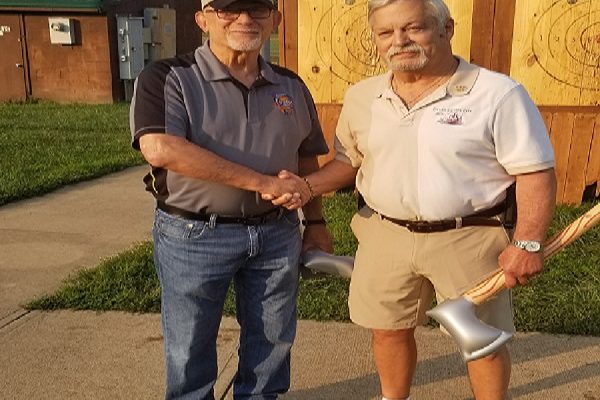 Each mayor would get ten throws in a best two out of three series. Crystal City and Mayor Tom Schilly dominated the axe throwing, winning in two straight sets 22 to nothing and 23 to 5.

Crystal City Mayor Tom Schilly says luck was on his side.

Festus Mayor Sam Richards hit the bullseye several times….but the axe would not stick to the board.