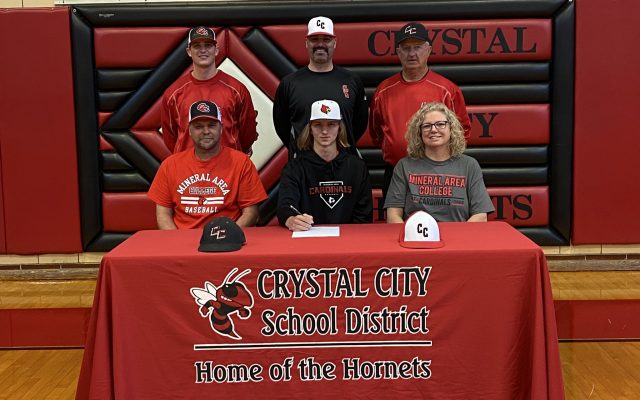 The star shortstop and pitcher signed his letter of intent to attend and play for Mineral Area College in Park Hills.

Bassin says the Cardinals provided a place that felt like his home in Crystal City.

Bassin has emerged as one of the most dangerous hitters in the entire Parkland area.

But Bassin is also quick to point out how his teammates put him in a position to succeed.

Bassin has lead Crystal City to a 13-8 record this season and a number-one seed in the Class 2 District 4 postseason tournament starting Monday.

MAC had its season end at 30-13 Saturday when it lost a Region 16 sub-regional series with Metro.

To hear the full interview with Hunter Bassin, click play below.