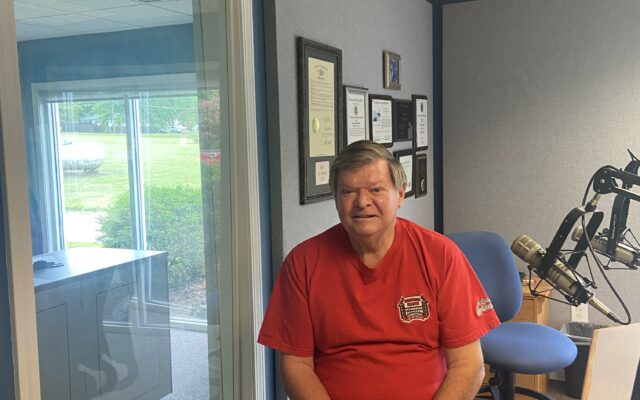 (Farmington) It’s the end of an era. After nearly 50 years of making and selling pizzas, Dan Combs is no longer “Dan Dan the Pizza Man.” Combs has sold both of his Little Caesar locations in Farmington and Desloge. Dan was our guest on the radio this week and he told us that it was kind of surprising that he got into the pizza business in the first place.

Combs opened up a Pizza Hut restaurant of his own in Ste. Genevieve in 1973 and ran that before coming to Farmington in 1975 where he got out of the business for a year to work at Trimfoot Shoes. But he was back in the pizza business a year later, opening a Pizza Hut in Farmington in 1976. He says he had a grand opening he’ll never forget.

Combs worked at Pizza Hut for ten years before opening up a Pantera’s Restaurant in 1986. And then, in 1991, he opened Little Caesar’s. Dan Combs is as well known for his generosity as for his pizza skills, donating his product to thousands of fundraisers over the years.

Even though he’s not the owner of Little Caesar’s, he’ll still be involved in the business. He’ll continue to record radio commercials with “Charlotte the Dough Girl.” And as part of the sale, Dan will get a case of Little Caesar’s cookies couple of weeks. The new owners of Little Caesar’s are Lupe Ortiz Brann and her daughters, Megan Johnston and Elizabeth Wulfert. Hear our complete interview with Dan Dan the Pizza Man below.