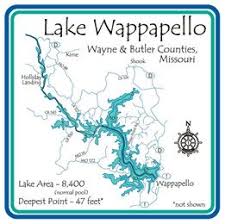 (Wappapello) A man from Wappapello is dead after he suffered a medical condition after swimming and returning to his vessel Saturday afternoon at Lake Wappapello.

He began struggling in the water and suffered a medical condition.

Boswell returned to the vessel but became unresponsive while on board.

He was taken to Poplar Bluff Regional Medical Center where he was pronounced dead by a hospital doctor.

This is the second death of the recreational season on Lake Wappapello in Wayne County.