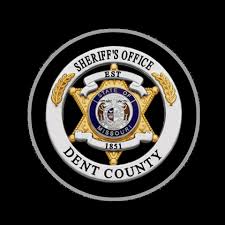 (Dent County) A couple with a Salem address has been charged in Dent County with abuse or neglect of a child resulting in death.

According to the Salem News Online, 51-year-old Randall Abney and 44-year-old Susan Abney, who both went to school at Viburnum, had their bond hearing today at the courthouse in Salem.

Both have bonds of 500-thousand dollars.

It has not been released yet if the Abney’s had their bond lowered.

A 10-year-old girl was found in an extreme starving condition.

The girl was taken to the hospital in Salem where she died later that evening.

The police statement says the girls’ bones were protruding, she was covered in bruises and they say she looked like a Holocaust victim, weighing just under 40-pounds.

A doctor at the hospital had also told authorities that the 10-year-old had a blood-sugar level of 10 and the child’s dehydration would not allow for a blood sample to be taken.

Police say they found a lock on the refrigerator with food in the cupboards out of the child’s reach.

The child only had a mattress to sleep on which was on the floor of her bedroom, there was a lock on the reverse side of her bedroom door and an alarm located on top of the door.

And in the couple’s room, drawers were apparently filled with cookies, candy, brownies and snack bars.

The Abney’s told police they adopted the girl in 2013 and gave the excuse that the child had refused to eat during the last week she was alive.

The Abney’s also claim they home-schooled the girl.