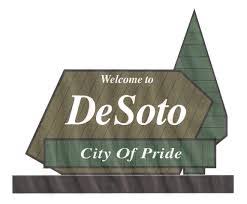 (DeSoto) Areas of DeSoto were able to avoid possible flooding problems after the heavy rains on Friday and Saturday. DeSoto City Administrator Todd Melkus says the rainfall on Thursday was just the beginning of what came close to being an evacuation of homes near the Joachim Creek on Friday night and early Saturday morning.

Melkus says a few homeowners did leave their homes and evacuate, but returned after it was all clear. Although there was no reported major damage, it’s possible a few of the homes had water in the basements.