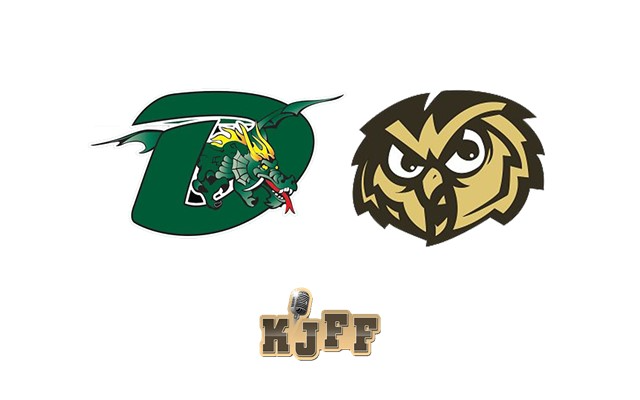 (Imperial) Some of the biggest regular-season action in Jefferson County Baseball in 2021 takes place this week.

The Windsor Owls meet the DeSoto Dragons Thursday and Friday on KJFF with a conference championship likely on the line.

Both teams are tied for first place in the JCAA Large-School Division at 4-0, with the Owls only one extra loss worse than the 13-5 Dragons.

DeSoto has slugged their way to a strong season, relying on senior Hunter Dil to get on base at the top of the order and seniors Levi Fischer and Ethan Sampson to drive in runners with their combined 8 home runs.

Dragons head coach Matt Buechting says the challenge has been trying to be a team that still gets hits as a whole consistently.

DeSoto has met that challenge, as senior Brycen Kingsland, junior Caleb Coleman, sophomore Jacob Foster and freshman Chase McAllister have been among the many players that are contributing to a team on-base percentage that is over .500.

Buechting says they’ll need everybody locked in and finding ways on base to crack the Windsor pitching code.

Windsor has been solid at the plate this season.

Senior Derek Williams is making a push to be conference player of the year with a .448 batting average, 4 homers and 29 runs batted.

Owls head coach Randy Green says he thinks the entire lineup is starting to drive the ball even better.

But it’s the pitching staff where the Owls have excelled the most, with just a 2.90 team earned-run average.

Williams has a minuscule 0.61 ERA and has teamed with fellow seniors Gavin Kinworthy and Eric Streicher to form a formidable rotation.

Green says the rotation will need its A-game to tame the firey Dragon hitters.

The Owls have dominated the series of late with 10 straight wins, but the Dragons have lost by only 2 runs or less in seven of those meetings.

Windsor meets DeSoto with a conference title in the balance Thursday and Friday.

Coverage of Game One of the series starts Thursday afternoon at 4:15 on AM 1400 KJFF.