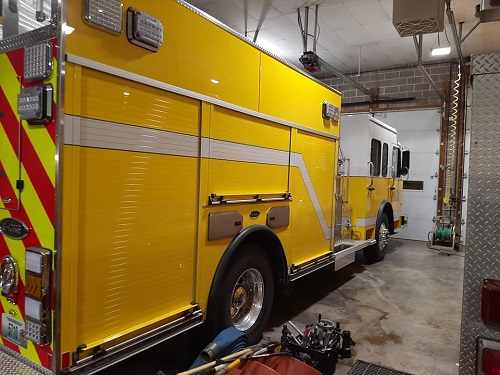 (DeSoto) The DeSoto City Fire Department has possession of its new truck. The previous pumper was involved in an accident after traveling off the roadway and overturned into a ditch in April of last year. The truck was considered totaled and had to be replaced. The City of DeSoto fastracked the replacement truck and took on a demo model that could be finished and ready for use sooner than normal. DeSoto Fire Chief James Maupin says they are thrilled to have it, but it’s not service ready just yet.

Chief Maupin says this truck will more than fit their needs.

Chief Maupin is hopeful the new pumper will be outfitted and completed soon to be ready to respond to calls by the end of the month. The DeSoto City Fire Department had been using a loaner truck from the Hillsboro Fire Protection District while the new truck was being built.