DeSoto Gets First Win of the Season 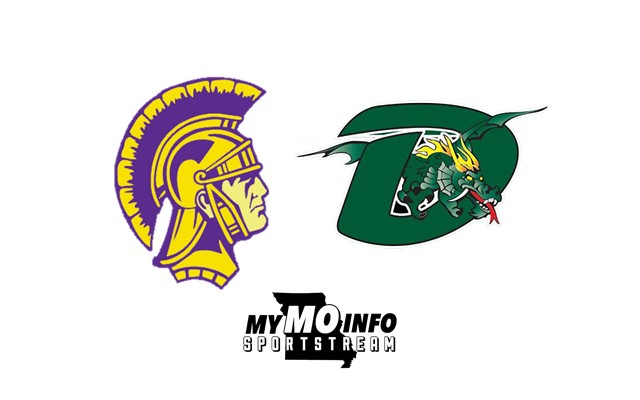 (DeSoto) The DeSoto Dragons won their first game of the season tonight defeating the Potosi Trojans 33-6. Dragon running back Dominic Punjani put the team on his back, scoring four touchdowns including two in the forth quarter to seal the game.

Punjani earned Applebee’s of Farmington player of the game honors with his strong performance. After the game, he said this team has some fight left in them.

Trojan head coach Dylan Wyrick was absent from the sideline due to quarantine, adding to the number of team members who have had to sit out this season. Assistant coach Aaron Urich took over for the evening. After the game, he said the Dragons just wanted this one more.

Chris Johnson, Dragon head coach, said his team has continued to fight through a tough season and it showed tonight.

The game was heard on the MyMoInfo SportStream. DeSoto moves to 1-6 on the season and will begin the Class 4 District 1 tournament next week. For the Trojans, they fall to 5-4 and will compete in Class 3 District 2 play next week.