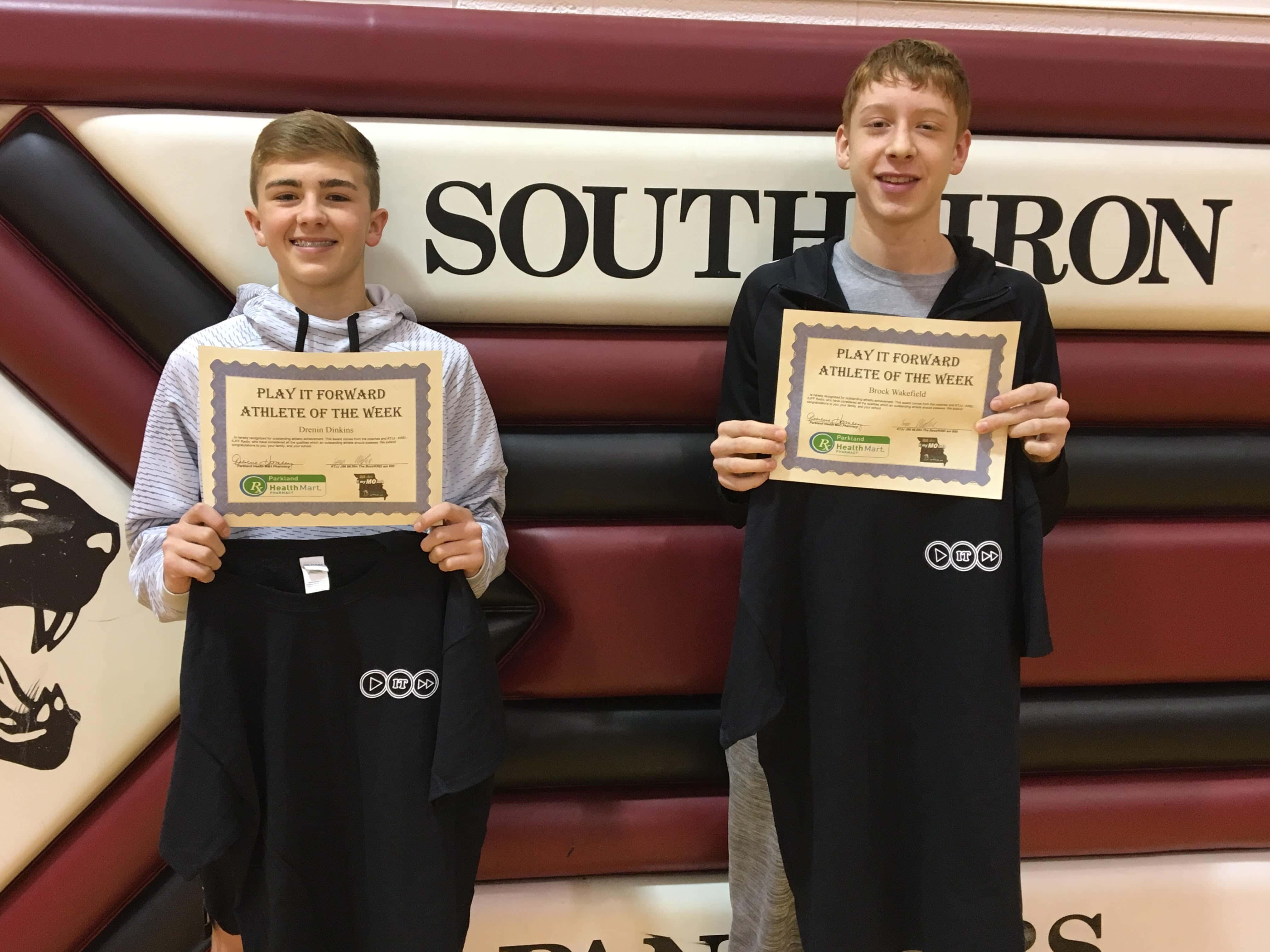 (ANNAPOLIS) With nearly identical stats last week, the South Iron Panthers freshman Drenin Dinkins and sophomore Brock Wakefield led the South Iron Panthers to the Arcadia Valley Tournament Championship. For their efforts the duo have been selected as the Parkland Health Mart Pharmacy Co-Athletes of the Week. Brock averaged 20 points, four assists, five steals, four rebounds and shot an amazing 75% from three point range (12-16). He was thrilled to win the tournament.

Wakefield loves to have Dinkins as a teammate.

While Drenin returned the compliment.

Drenin averaged 20.3 points, five assists, four rebounds, three steals and shot over 60%.  Drenin has had the best seat in the house over the years with his dad as the coach.

As far as playing for his dad, Dusty.

South Iron beat Bismarck, Fredericktown and Lesterville on their way to the title. As the athletes of the week Brock and Drenin will get certificates, a t-shirt and Parkland Healthmart Pharmacy will make a combined donation of $50 to the American Cancer Society in Brock and Drenin’s name. Brock’s donation will be made in memory of in memory of his great grandmother, Mary J. Soria while Drenin’s in memory of Don Dinkins. Don passed away this summer from brain cancer and was an avid fan of local HS Basketball. Drenin’s father and head coach Dusty Dinkins says he never missed an AV Thanksgiving Tournament or Central Christmas Tournament in all the years he can remember.

Hear the full interview with Drenin Dinkins and Brock Wakefield: