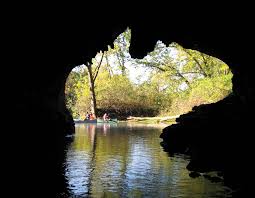 (Perry County) Cave divers in Missouri have rescued a dog that had been missing for two months near Perryville.

The owner of the dog named Abby said she’d been missing since June 9th before divers found her in the cave in Perry County.

They put the dog in a duffel bag with her head sticking out and carried her 500 feet up to the cave entrance.

Divers say there had been “an awful lot of water run through the cave since June.”

They say it’s possible the dog was swept into the cave during a flood.