Jefferson County state park has the “Best View from a Trail,” according to St. Louis Post-Dispatch 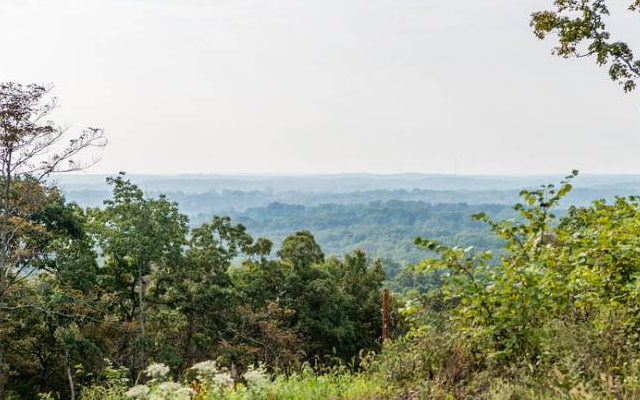 (Cedar Hill, MO)  Everyone wants to get out of the house while staying safe during the pandemic.  So why not take a hike at a local state park?  Don Robinson State Park in Cedar Hill was recently recognized with the “best view from a trail,” according to the St. Louis Post-Dispatch.  The land was donated to the state by Don Robinson — a self-made St. Louis-area businessman who became successful by producing and marketing a cleaning product called “OFF.”  Remember this ad?

With his profits, he began buying the rugged and wooded countryside in the Jefferson County area because, in his words, it was “wild and wooly with lots of canyons.”

Don Robinson State Park features sandstone box canyons, shelter caves, cliffs, glades and upland, and bottomland forests.  Here’s why it was named best view: It also has an overlook area with rocking chairs.  Those who have walked the trail say it’s one of the rare places where you can look in all directions and not see another house.

The entrance is off Byrnesville Road in Cedar Hill.  The park first opened in 2017.