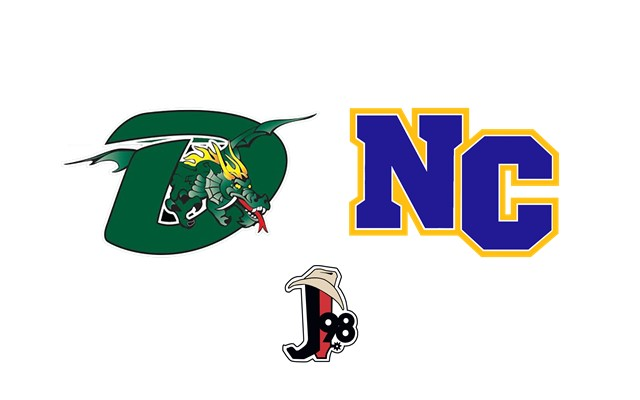 (Bonne Terre) The DeSoto Dragons football team travels down to Bonne Terre this evening to take on the North County Raiders on J98. The Dragons have started the young season 0-2 due in part to playing two class 5 opponents in Seckman and Poplar Bluff. Head coach Chris Johnson says the big teams at the beginning of the schedule are on purpose.

Coach Johnson thinks his team is trending in the right direction even after the two losses to start the season. He says North County is strong, but fairly similar to themselves.

On the other side of the gridiron, the Raiders come in to the contest at 1-1 after a bounce back win last week over Francis Howell North 41-6. Head coach Brian Jones says he’s learned that his defense is quite stout this year.

Coach Jones and company fell to DeSoto last season by just one point, 17-16. However, the Dragons have a much different look and coach Jones hopes to attack their younger guys.

The North County Raiders (1-1) will host the DeSoto Dragons (0-2) tonight at 7 on J98. Coverage begins at 6 with the Flieg’s Equipment Pregame Show.