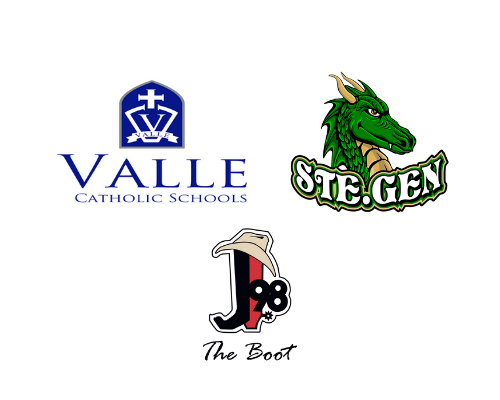 The first half was physical and energetic as both teams racked up over ten team fouls. The Dragons went into the break with a 30-26 lead.

Pilate then helped his own cause with a nice drive to end the third.

Ste. Gen lead most of the game but Valle always kept it close. Junior Chase Fallert was a big part of that.

Fallert and senior Aiden Heberlie lead Valle in scoring with 18 points-a-piece. Despite the strong play from the two Warriors, the Dragons managed to keep their lead until the very end.

Flieg fouled out but paced his team in scoring with 15 points and junior Aiden Boyer added 12 points.

Pilate was named the Applebee’s of Farmington Player of the Game. He only scored seven points, but Dragons coach Rob Coleman says it was the junior’s best game of the fresh season.

Ste. Gen improves to 3-2 and will return to the court next Friday at Jefferson R-7. Valle moves to 1-1 and will host Fredericktown this upcoming Wednesday.