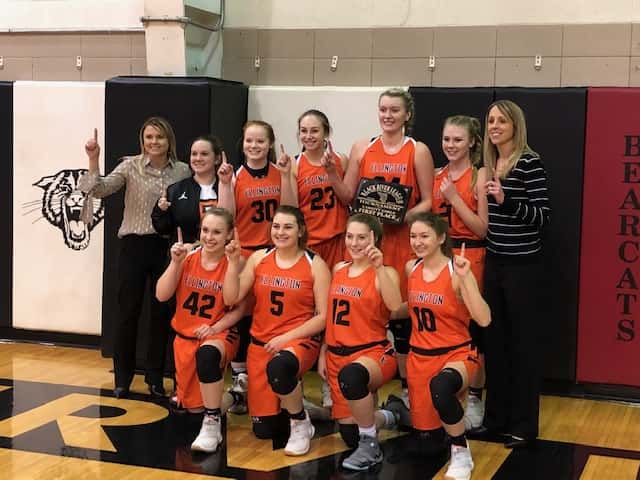 (LESTERVILLE, Mo.) – Both #2 seeds earned the title in the Black River League basketball tournament finals Friday night in Lesterville. In the girls championship, the second-seeded Ellington Whippets earned an upset victory over the top-seed South Iron Panthers by a final score of 56-48. Ellington took an early lead behind four three-pointers by Ellington’s Tyler Conkright in the opening quarter.

Ellington kept the South Iron offense in check most of the night and rode Applebee’s of Farmington Player of the Game Gretchen Hackworth’s game-high 26 points to victory. Whippets head coach Paula King indicated that her team exceeded expectations after the upset win.
Ellington goes to 11-4 with the win while South Iron falls to 13-3 on the season. 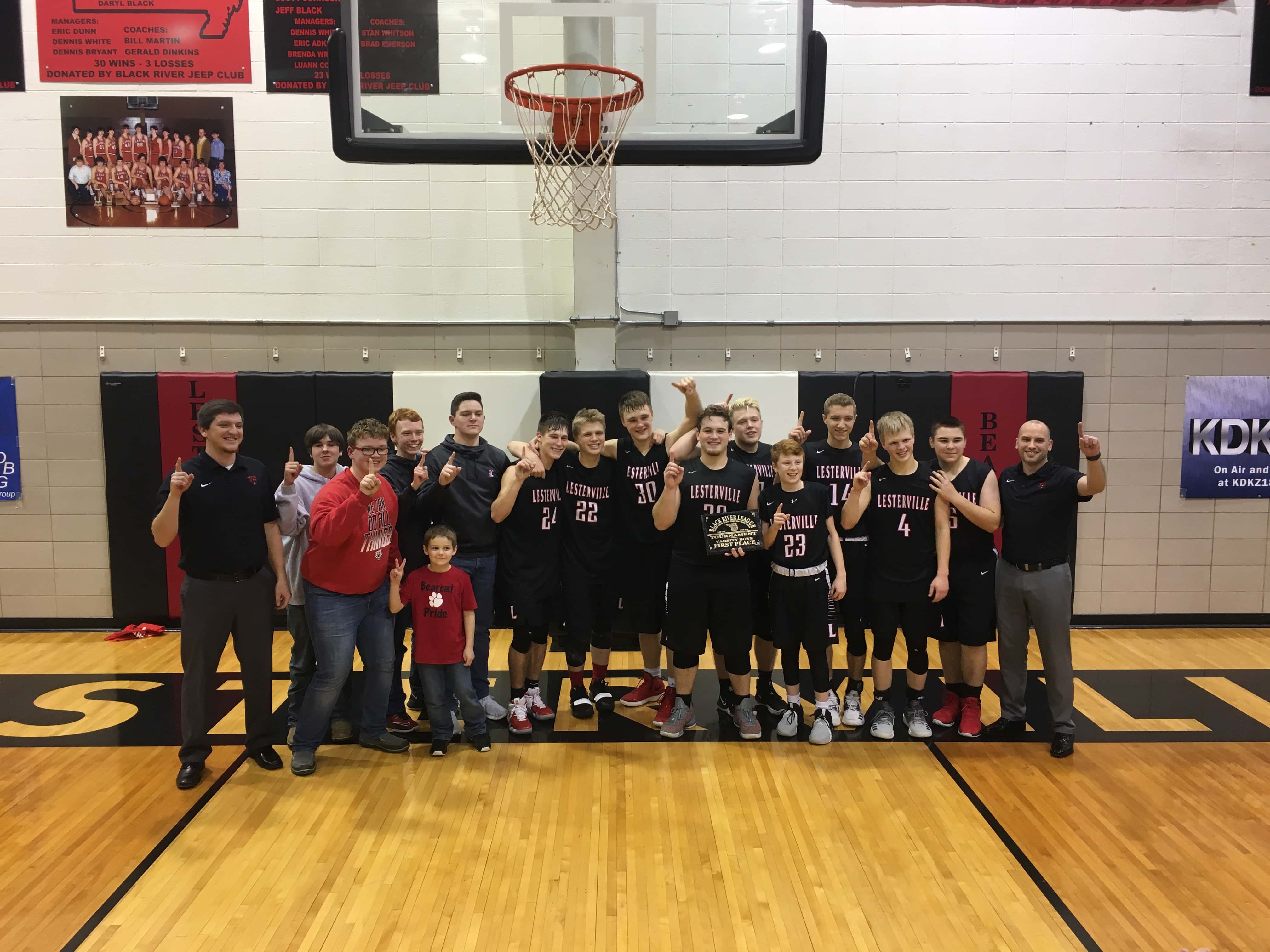 On the boys side, the Lesterville Bearcats edged Ellington 61-51 in a defensive affair. Riley Mathes paced the Bearcats with 18 points, while his brother Vince Mathes contributed 13, including 11 in the fourth quarter.
Vince was named the Applebee’s Player of the Game. Bearcats head coach Anthony Caruso said this tournament title is a testament to his team’s work ethic.
Lesterville earned its first boys Black River League tournament championship in more than four decades and improved to 13-4 this season. They will host Bismarck on Tuesday night. Meanwhile, the Whippets fell to 9-7 with the loss and will play in the Big Springs Conference tournament next week, with a first-round matchup against Bunker on Monday.