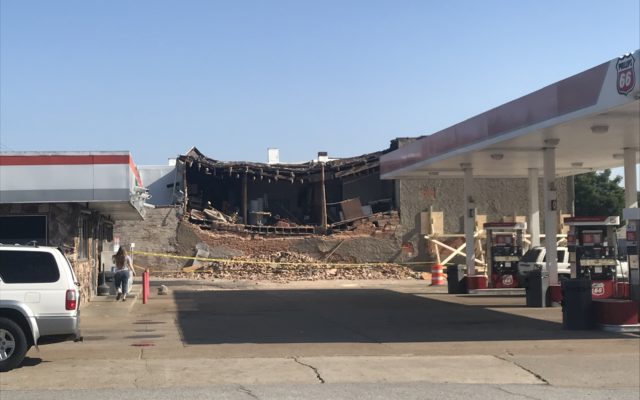 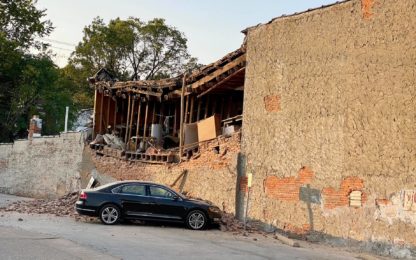 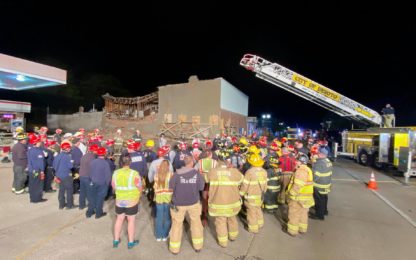 (De Soto) Emergency crews responded to the area of Main Street and West Miller Street in De Soto Sunday evening in reference to a building collapse.

Chief Maupin says they called in the assistance of two collapse task forces.

The building is partially occupied by Barney’s Frozen Foods. No one was injured during the building collapse.

Emergency crews remained on scene until around 1:30 Monday morning.