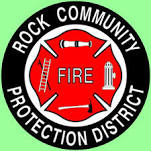 (Imperial) One person is dead after an early morning fire at an Imperial area business on Tuesday morning.

Jeff Broombaugh is the Chief of the Rock Community Fire Protection District.

He says fire crews along with Jefferson County Sheriff’s Deputies were dispatched to the 1st alarm fire at Bob’s Disposal Services in Imperial around 4:25 in the morning.

According to Broombaugh, the person killed was an employee of Bob’s Disposal Services. Once the fire was extinguished, Detectives with the sheriff’s office and the state fire marshal’s office took over the investigation.

Authorities are still trying to properly identify the person fatally injured in the blaze.

The cause of the fire has not been determined and still under investigation.