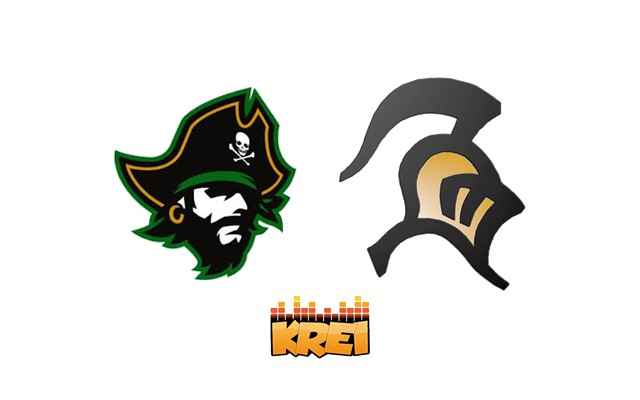 (Farmington) 4th seeded Farmington advanced in the Class 4 District One football bracket with a 49-0 victory win over 5th seed Perryville. The Knights scored touchdowns on seven of their nine possessions and the defense held the Pirates to 51 total yards. Three Knights ran for over 100 yards. Fullback Kaesen McClain went for 156 yards on 22 carries and four touchdowns. Quarterback Brett Drye ran for 101 on nine carries and Connor Rice managed 117 yards on only for carries.
Farmington got a few seniors involved in the second half. After a fumble on an attempted reverse pass from their center, Perryville gave Farmington the football on the seven yard line….

Farmington coach Erik Kruppe was proud of the D…

Farmington moves on to 4-6 and the Class 4 District 1 semis next week at Hillsboro on KREI. Perryville closes the year at 3-7.