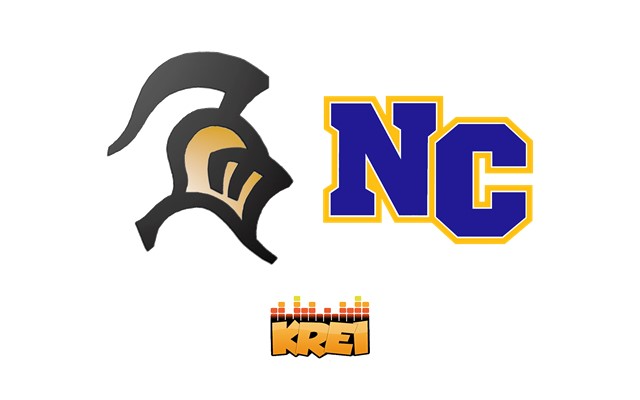 (Farmington) The Farmington baseball team clawed their way back in a tough MAAA matchup against North County to earn a 9-5 win this evening on KREI.

The Raiders got off to a fast start against Knights’ ace Jacob Jarvis, tacking on three runs over the first two frames.

Then in the bottom of the third, Jarvis walked his sixth and seventh batters of the game to load the bases, and a ball put in play by North County’s Devin Seastrand pushed across a few more.

He allowed just three hits over the final four innings, racked up nine strikeouts, and was named the Applebee’s of Farmington Player of the Game.

Once North County’s starter Seastrand was taken out of the game after the fifth, the Knights’ offense went to work against Kolby Henson and broke things open late.

With two outs, the bases loaded, and a 3-2 count in the top of the sixth, Farmington’s Jarvis lifted a ball down the left-field line that gave the Knights the lead for good.

Farmington tacked on a few more in the top of the seventh and held on for the 9-5 win.

Knights assistant coach Josh Hoehn says it was not exactly how they drew it up, but a win’s a win.

Farmington improves to (8-5) on the year and will next be on the road for a doubleheader Saturday against Northwest and Jackson.

North County falls to (2-8) and will be back at home against Fredericktown on Tuesday.