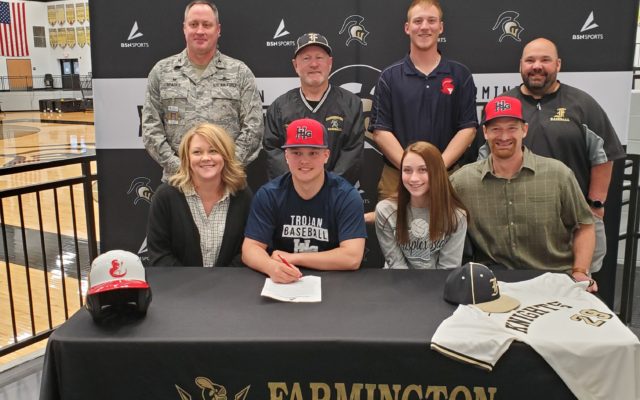 (Farmington) Farmington senior Tyler Hampton signed to play baseball at Hannibal-LaGrange University next year. Hampton says he got a good vibe on his visit and that it’s always nice to be wanted.

His high school coach David Cramp says Tyler can help all over the field.

Hampton is used to playing infield, but looks forward to being a utility player this year.

Charles Rapp is the pitching coach for Hannibal Lagrange. He says Tyler has a change to get some innings early in his career and improve into a major contributor.

Hampton says he looking to become more versatile on the offense side this year during his senior season of high school.

Hampton will join former Farmington grads Jacob Bone and Jaysen Mattingly in playing for the Trojans.