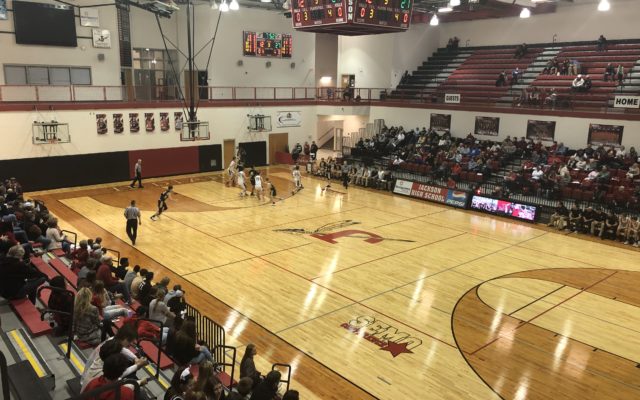 (Jackson, Mo.) The Farmington Knights boys basketball team went down to Jackson to take on the Indians tonight and came home with a win by a final score of 63-52 on AM 800 KREI.

It was a fast start for the Knights as they raced out to a 27-14 lead at halftime.

Coming out of the break, it was Applebee’s of Farmington Player of the Game Brant Gray who kept pouring it on.

As the second half progressed, Gray continued his scoring clinic.

With the win Farmington improves to 11-8 on the season with the MAAA Conference Tournament looming.

The Knights will take on the winner between Valle Catholic and Bismarck coming up on Monday and we’ll have coverage of that game on the MyMoInfo SportsStream.