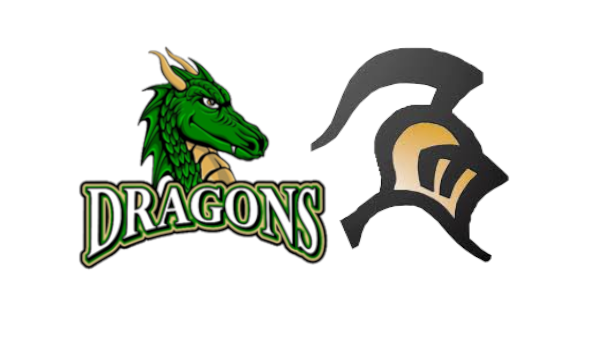 (FARMINGTON, Mo.) – Play in the MAAA Large Schools Division kicks off Friday for both Ste. Genevieve and Farmington, as the Knights host the Dragons for boys basketball on AM 800 KREI.

This actually won’t be the first time these two teams have seen each other, as Farmington edged out Ste. Gen 67-64 in the consolation championship of the Central Christmas Tournament on New Years Eve.

Knights head coach Terry Noble thought his team did some things well in that game, but indicated they didn’t put the game away when they had the chance.

For Ste. Genevieve, their last four games have netted three victories, with the end-of-2019 matchup with Farmington resulting in the only loss over that span.

With Friday’s matchup counting in the division standings, Dragons head coach Rob Coleman reflects on some things they could’ve done better against the Knights during the first go-around.

For the season, Farmington is 5-5 while Ste. Genevieve is 6-5 overall.