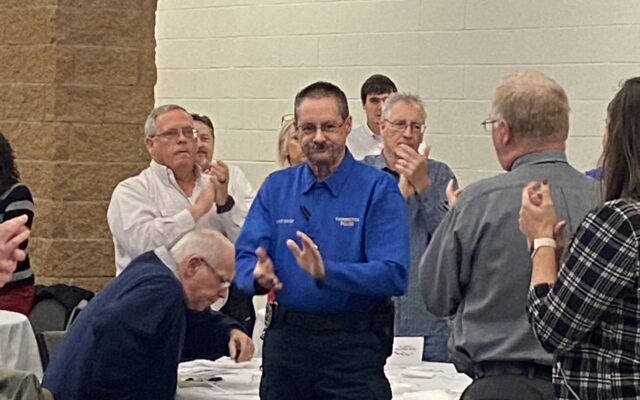 (Farmington) The Farmington Regional Chamber of Commerce honored Farmington Police Chief Rick Baker at it’s meeting on Thursday. Baker is retiring after nearly 40 years with the department. The chamber announced that it would be dedicating a park bench in his honor that would be located near the police department. Baker says he’s humbled by the recognition.

Baker says he’s enjoyed his time with the department.

Baker will officially retire in early January. Chris Bullock will take over as the new chief of police in Farmington at that time.