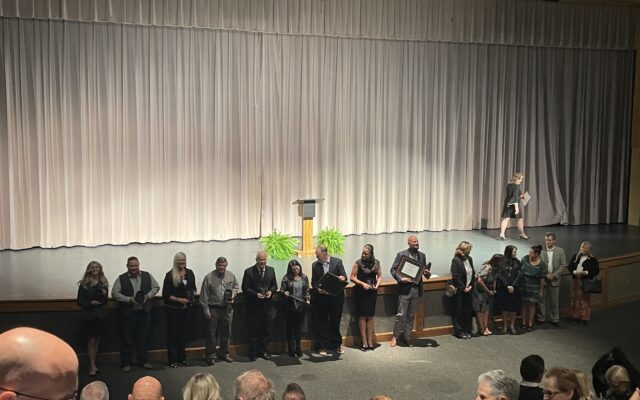 (Farmington) A number of people were recognized Thursday night during the Farmington Regional Chamber of Commerce Celebration of Success Banquet. Kelly Cummings of Unico Bank was presented the KREI/KTJJ 110% award. Cummings was recognized for her years of service in supporting the efforts of the chamber.

David and Amy Miller with Miller’s Feed were honored with the KTJJ Agriculture Award. David says if it involves agriculture, they go all-in.

Gae Reid was named the Educator of the Year. The Kiwanis Youth Leadership Award went to Anna Sikes. First State Community Bank was presented the Civic Entrepreneur Award. The Citizen of the Year Award went to Christy Pierce. The Tradition and Progress Award was given to Teri Morton, Colin Rogers and Luke Strege with the Play it Forward in the Parkland Committee, and Mark Toti was presented with the St. Francois County Service Above Self Award. 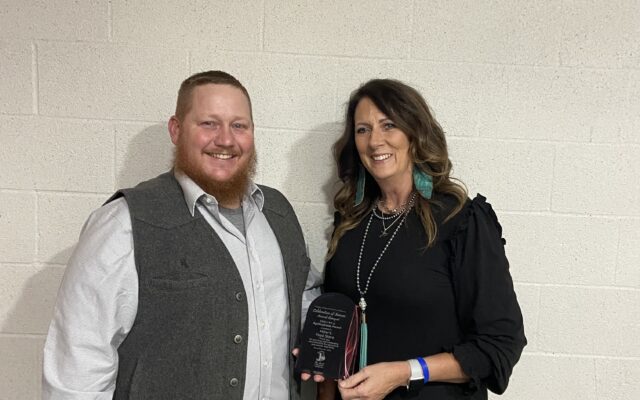 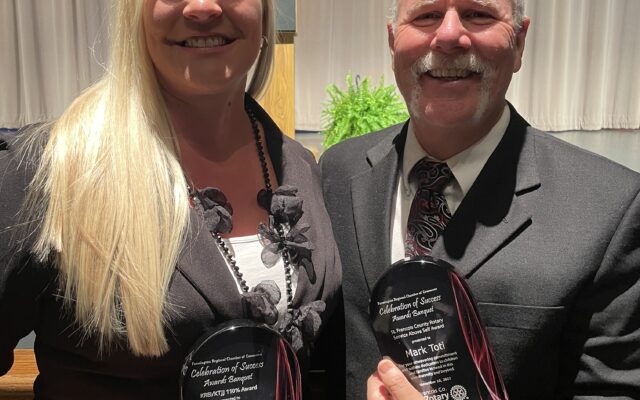 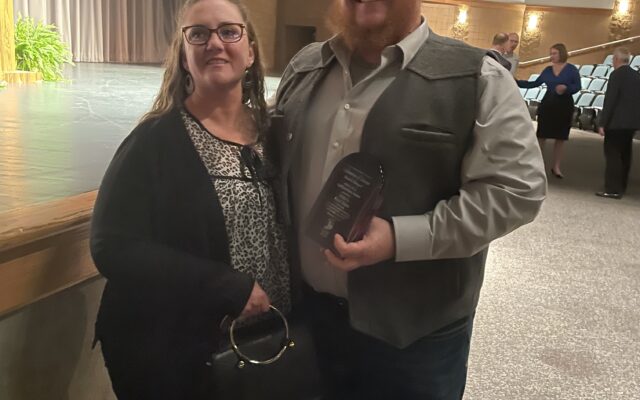