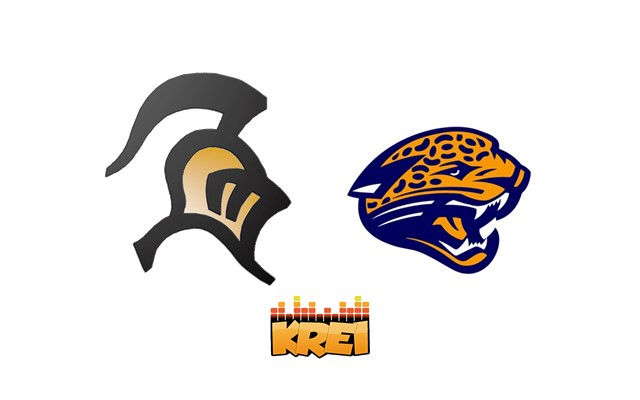 (Farmington) A thriller in the Black Knight Fieldhouse ended in favor of Farmington. There were nine lead changes in the game as the Knights defeated Seckman 73-70 Tuesday night on KREI.

Farmington went up by ten in the second quarter but a Seckman 9-0 run cut the lead to one at the end of the half.

Seckman started the second half with an 8-2 run to take their first lead of the game since early in the first quarter.

Farmington regained the lead after a 9-2 run of their own, but Seckman took it back and led 56-51 after three quarters.

The Knights opened the fourth quarter with a 9-2 run but Seckman scored the next six points after that.

Freshmen Cooper Tripp and Tatem Tinsley scored 10 points apiece for the Knights and came up with big plays down the stretch.

However, Seckman junior Cade Bonastia scored 12 of his 16 points in the second half to keep the Jags around.

Farmington’s defense proved the difference in the end with two big steals to give the Knights the lead.

Bonastia had a decent look from three at the buzzer but it didn’t fall and the Knights won, 73-70.

Sophomore Cannon Roth went 8-of-11 from the free throw line in the fourth quarter and finished with 21 points and six rebounds for Farmington.

Coach Garrett Callahan tells us how the Knights pulled out the win.

Farmington recorded double-digit steals in the victory to improve to 6-7 on the season. Farmington opens conference play on Friday at Potosi.

Seckman drops to 4-6 and will be at Affton on Thursday.