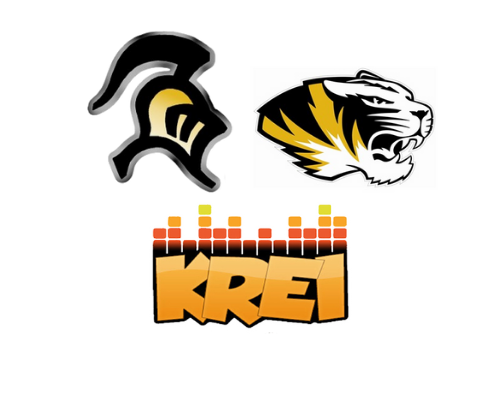 (Festus) The Farmington Knights escaped the Festus Tigers last night 28-20. The Knights dominated the first half, forcing a fumble on the Tigers’ first possession at the five-yard line. The Knights would then strike first blood, marching 95 yards down the field.

The Knights would force another turnover, but this time on a 4th down in the red zone. Issac Stucke was just short of the first down marker, giving the football back to Farmington. A few penalties would pin the Knights deeper in their own territory. That’s when Drew Felker pulled a rabbit out a hat and broke free for 93 yards and a score.

Festus would stop the bleeding after a deep strike from Cole Rickermann to Arhmad Branch.

After a blocked P-A-T, the score was 14-6 and the Tigers were building momentum. But then the Knights strung together another long drive, capped off with another Jeremiah Cunningham touchdown making the score 21-6.

The Tigers were down, but certainly not out. Festus is familiar with making second-half comebacks and was able to score on their first possession of the second half with another Rickermann strike to Branch.

However, Jeremiah Cunningham would cap off another heart-breaker drive for his third touchdown of the game. When it looked like the game was just out of reach, the Tigers were able to answer… in 16 seconds.

The Tigers got a stop and had the ball in a very familiar situation, down one possession with just seconds left to get into the endzone. The Tigers were faced with a 4th-down on Farmington’s side of the field. Rickermann would have to scramble out of the pocket and ran out of bounds right before reaching the sticks. Giving the Knights a turnover on downs and the win.

Coach Erik Kruppe says this one was a dog fight.

Jeremiah Cunningham was the Applebee’s of Farmington Player of the Game with 191 yards and 3 touchdowns with key defensive plays down the stretch. The Knights improve to 6-2 while the Tigers fall to 4-4 on the season.