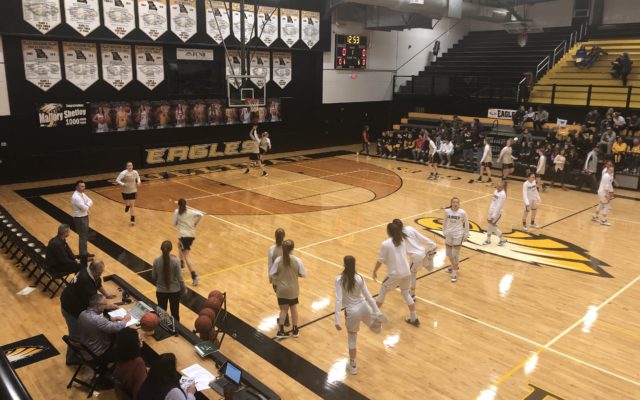 (Sullivan, Mo.) The Farmington Knights girls basketball team dropped their road matchup against the Sullivan Eagles tonight by a final score of 61-49 on KREI.

It was an evenly played first half as the Knights were able to cut an early Sullivan lead down to four thanks to a deep two from Emma Gerstner.

The Knights went into halftime trailing 29-21, but in the second half, the Eagles were able to take over the game.

The Knights fall to 5-5 on the year while Sullivan improves to 10-1.

Next up for Farmington they finally get to play their first home game of the season as they host the Dexter Bearcats Thursday evening.