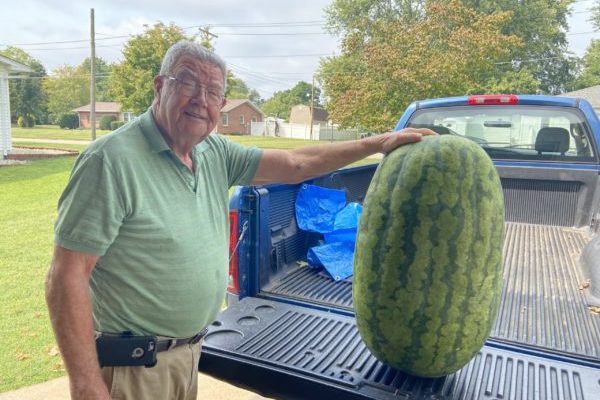 (Farmington) A Farmington man has grown a watermelon that is the envy of many a farmer. Pat Brady has just picked a melon that weighed just over 122 pounds. Brady says he can’t take all the credit for the watermelon. 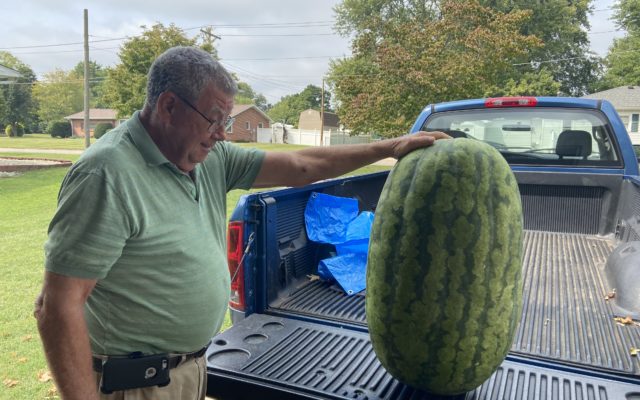 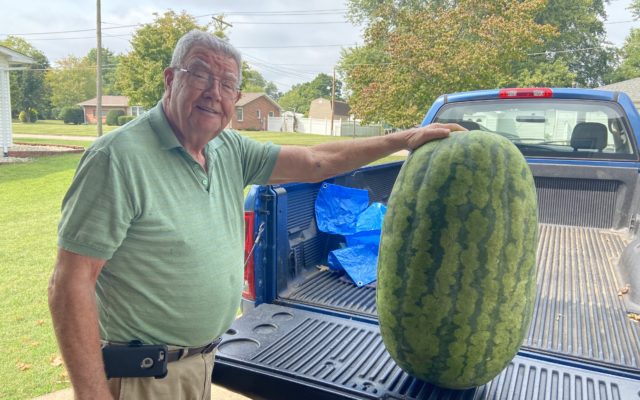 These aren’t the first large watermelons that Brady has been a part of.

And it’s not just watermelons that Pat can grow.

His grandson is Lex Grisson. As far as this watermelong goes, Brady says he would like to donate it to St. Paul school in Farmington, where his grandson attends. The world record for a watermelon, by the way, is 350 pounds, out of Tennessee. Hear more with Pat below.