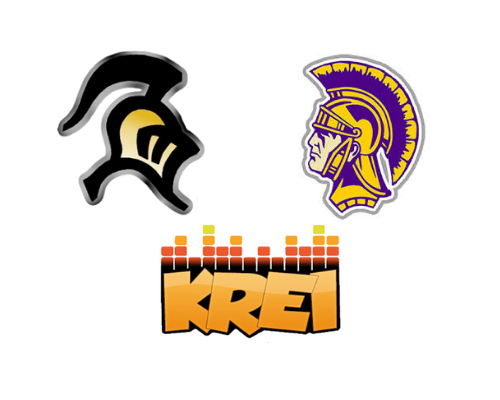 Damien Cabrerra took his first carry 20 yards to tie the game at six and Farmington got a seven yard run from Kaesen McClain to take a 14-6 lead into the locker room.
Potosi started the second half with the ball and shifted from a spread to a triple I formation. They drove the ball, but failed to score.
Farmington took advantage with their sophomore fullback McClain…

The Knights offensive line took over the game as the second half moved on. Farmington churned out 444 yards rushing, 292 from McClain and four touchdowns for him on 20 carries.
Coach Erik Kruppe says his front five led the way…