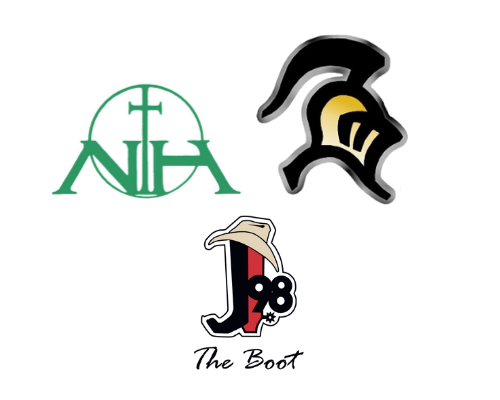 (Farmington) Farmington fell to Nerinx Hall in straight sets in the Class Four state volleyball quarterfinal at Black Knight Fieldhouse Saturday afternoon on J-98. The Knights led most of the first set, but a late surge by the Markers gave them the victory 25-22. Nerinx dominated the second set 25-15 and then looked to run away in the third. However, Farmington trailed 24-18 and then fought off six straight match points…

Nerinx scored the next two points to take the match 26-24.
Farmington won a state playoff game for the first time in 41 years in the sectional and finished the season 26-7-1. While disappointed in the loss coach Haley Baker appreciated the accomplishments of her team…