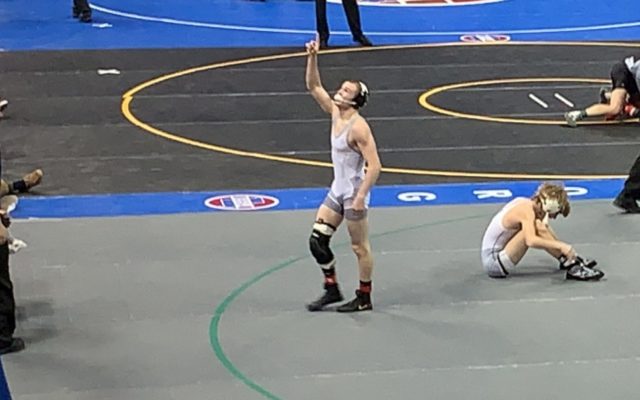 (Farmington, Mo.) Farmington wrestler Austin Wadlow finished his senior season at 32-4, as the Class 4 state runner up in the 120 pound division, and as a repeat member of the Regional Radio Dream Team as voted on by the area coaches. Wadlow accomplished all this while fighting through a knee injury.

Wadlow says while his physical skills may have been compromised, he was able to step up his mental game.

We asked Austin what he loves most about wrestling.

When he looks back on his high school career, Austin says it’s not the championships, pins, or wins that he’ll remember most.

Next year Austin will become a bulldog at Gardner Webb University in Boiling Springs, North Carolina.