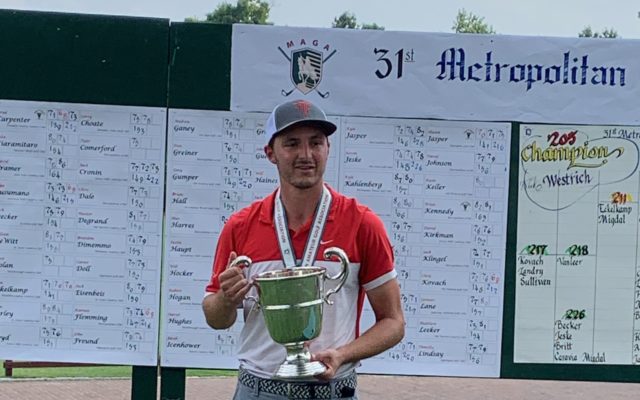 Westrich shot 71-66-68 over the three rounds leading the 156-player field. Westrich was tied for the lead heading into the final round. The birdie he mention on the first hole put him into the lead the rest of the way. He won the tournament by two strokes…

Westrich won the Missouri Amateur last summer and competed in the NCAA Division Two National tournament with the Mules.

Westrich already graduated with a sports management degree and will have his master’s after this year.