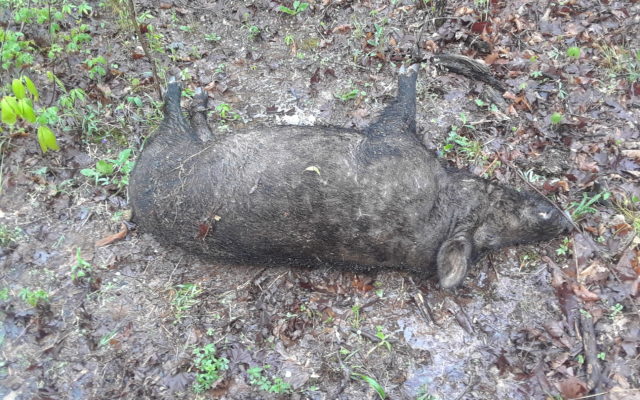 (Farmington) Feral hog hunting was first banned on state-owned land and now it is banned on federal forest land.

Cody Norris is a public affairs officer with the Mark Twain National Forest.

He tells us about the new hog hunting ban.

Norris says there are no new rules for hog hunting on private land but the forest service would like you to report any feral hogs you kill so they can add those numbers to their list of feral hogs that have been eliminated.

We also asked Norris about rumors circulating that the feral hog hunting ban was put in place so a hog hunting season could be started up so the government could make extra money from hunting licenses.

He says those allegations are entirely false.

From October 1st, 2018 through September 30th, 2019, 9,361 feral hogs were eliminated through statewide eradication efforts by all state and federal agencies from both public and private lands.

Landowners with feral hog damage can call the Missouri Department of Conservation for help to eliminate them by calling 573-522-4115 extension 3296.

When calling, leave a message with your name and number and say you want to talk to someone about feral hog damage on your property.

Norris says someone will get back to you within five days.