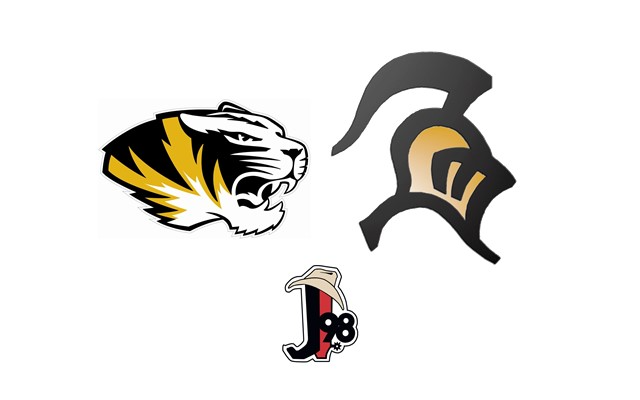 (DeSoto) The Festus Tigers and Farmington Knightettes both fell in the Class 5 District 1 basketball championship games Friday night on J98.

In the boys’ game, Festus came inches away from winning a classic, falling 45-44 to Cape Central.

The Tigers shook off an early 8-point deficit and actually lead 17-15 at halftime.

But they would find themselves down again in the fourth quarter before they summoned an epic rally.

Senior guard Cole Rickermann ignited the comeback, scoring 14 of his game-high 23 points in the fourth quarter.

The game would back-and-forth the rest of the way.

Festus ultimately had the ball last, trailing by one in the waning seconds.

Even in a loss, Festus head coach Jason Therrell had nothing but praise for his team.

The Tigers finish the season with a record of 21-6 and their first district championship game appearance in 9 years.

In the girls’ title game, the Farmington Knightettes lost 50-27 to Cape Notre Dame.

After being unable to slow down the Bulldogs’ 3-point shooting in the first half and trailing by 16 at the break, Farmington had no answers in the second half for Notre Dame senior star Lexi Rubel.

Rubel finished with 15 of her 22 points after halftime.

Farmington ends the year with a second straight district title game appearance and a 18-4 record.