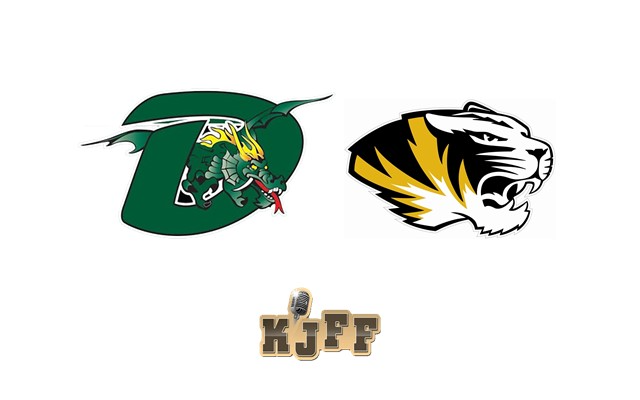 In the girls’ quarterfinal, Festus used a second-half comeback to beat Hillsboro 41-35.

The Tigers started the rally thanks to the play of junior forward Emily Holt.

Holt scored 11 of her 15 points in the second half and was named Applebee’s of Farmington Player of the Game.

But it was star point guard Josie Allen who put the dagger in the Hawks’ season.

The sophomore scored 16 points as Festus wins for the 9th time in the last 11 games.

But Tigers head coach Steve McFarland had high praise for the junior Holt.

In the boys’ quarterfinal, DeSoto held on in a thriller 58-55.

Hillsboro finally took its first lead of the night in the fourth quarter, but the Dragons had an answer thanks to senior guard Aidan Blair.

The Hawks would get one more shot in the final 7 seconds.

DeSoto beats Hillsboro for the fifth time in just this season and wins its ninth of the last 13 games.

Dragons senior forward Jordan Mertens was the Applebee’s of Farmington Player of the Game with 16 of his game-high 24 points in the second half, and head coach Zeb Hammond said getting the big man the ball was essential.

Both the Dragons and Festus Tiger girls move on to face North County in the Class 5 District 2 semifinals.