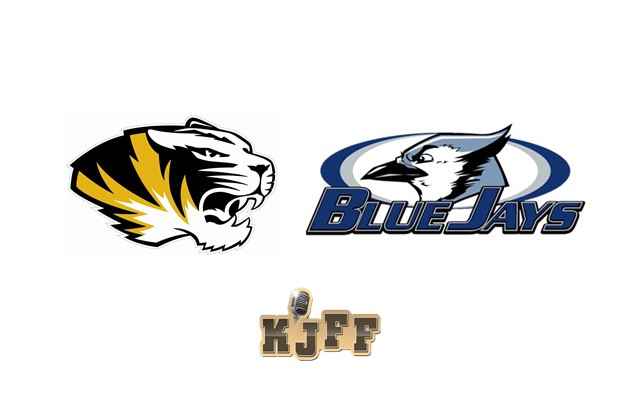 Crosstown rivals will collide on the volleyball court in the Jefferson County Game of the Week Thursday as the Festus Tigers visit the Jefferson Blue Jays on KJFF.

Jefferson won in straight sets over Crystal City on Tuesday to tighten their grip on the lead in the JCAA Small-School Division.

At 7-4, Blue Jays head coach Tara Fish says her team is in a good place, but they like having a test like Festus at this point in the season.

Festus fell to Hillsboro on Tuesday to drop to 2-7, but they had won their first 2 matches of the season prior to that.

The Blue Jays had won back-to-back matches against the Tigers prior to last year’s Festus win in 2 sets.

Coverage of the Jefferson County Game of the Week starts with the Flieg’s Equipment Pregame Show at 5:45 Thursday evening on AM 1400 KJFF.