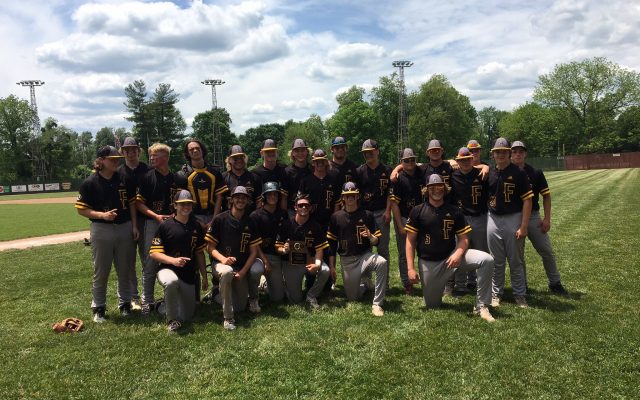 (Farmington) The Festus Tigers completed an magic march to a championship by beating Cape Notre Dame 4-0 in the Class 5 District 1 title game Saturday on KJFF.

That one run would end up being enough for sophomore left-hander Jackson Gross, who pitched a gem on the mound.

Gross became the third pitcher in as many games to throw a complete game for Festus, posting a shutout with 4 strikeouts.

The Applebee’s of Farmington Player of the Game also had an RBI single during a 3-run fifth inning for the Tigers, which would be all the cushion they needed.

Festus goes from below .500 to its first district title since 2017.

Tigers head coach Jeff Montgomery said his players rose to the challenge of being an underdog.

The Tigers advance to the Class 5 state quarterfinals, where they will face Rockwood Summit this coming Saturday.