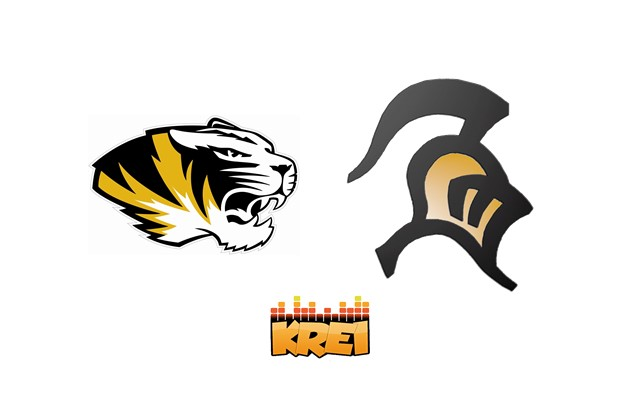 (Farmington) The Festus Tigers snapped a three game losing streak to Farmington and earned the three seed in Class 4 District 1 with a 41-20 victory at Haile Memorial Stadium. Farmington struck first with a 13 play 65 yard drive that melted eight minutes off the clock….

Festus answered by going 78 yards, but missed the extra point.
The Tigers in fact scored 20 unanswered points and took a 14 point advantage off the legs of Miah Cunningham….

Festus drove into the red zone again with less than a minute to play in the first half, but Brett Drye came up with an amazing interception in the endzone to keep the score close.

After trading touchdowns in the third quarter, Farmington’s Owen Birkner ran it 65 yards to make it 26-20 Festus.
That’s when the Tigers put their stamp on the game. After being pinned at their own three yard line, Festus went 97 yards in eight plays, mixing the pass and run. This time Cunningham went through the air…

Miah Cunningham ran for 191 yards and three touchdowns in this game last year, but did it wearing a Farmington Knights jersey. This year he gained 136 yards on the ground and 222 through the air as part of a two quarterback system for Festus. Landen Yates caught six passes for 158 yards.
Festus coach A.J. Ofodile says the fourth quarter drive his team put together can be a signature moment…

Interview with the Applebees of Farmington Player of the Game, Jeremiah Cunningham