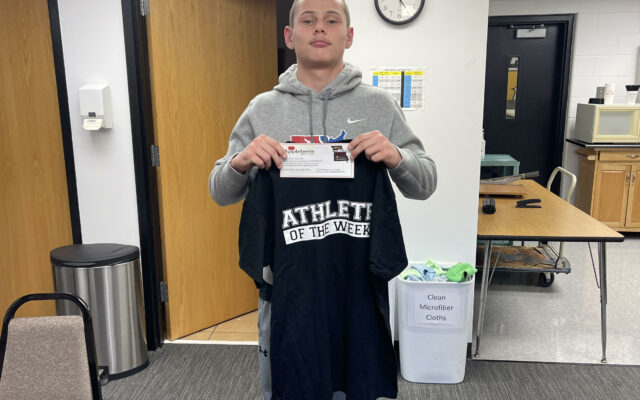 (Festus) There’s a new wrestling star on the block for the Festus Tigers.

Peyton Shaver’s freshman season is already one to remember, with a 29-2 record and 2 tournament championships in the 160-pound weight class.

His latest tourney title made him the Applebee’s of Farmington Athlete of the Week.

Shaver pinned all four of his opponents at the Rebel Invitational in Park Hills Saturday.

He feels grateful that the hard work he put in to prepare for high school wrestling is paying off.

Older brother Luke Shaver was a star during his wrestling career at Festus, finishing third in the state in Class 3 each of the last 2 years.

The best piece of advice he imparted to Peyton: the grind never stops.

But despite such a fast start to his career, Shaver is hoping that the best is yet to come.

Shaver is up to 14 wins via pin this season.