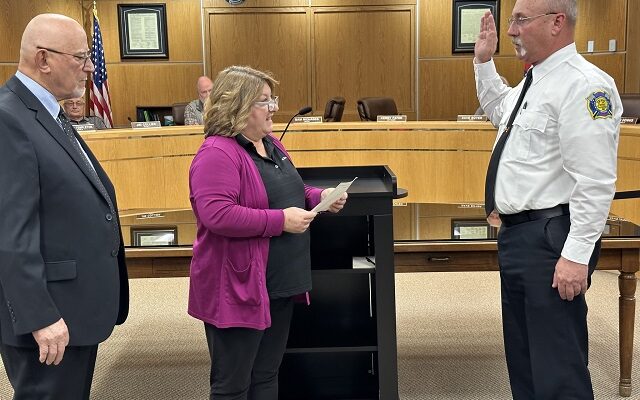 (Festus) The Festus City Council introduced and performed the swearing-in of new Fire Chief Jeff Broombaugh during its Tuesday night meeting. Festus City Administrator Greg Camp says it was a well-received move by the city.

In other news from the Festus council meeting, Mayor Richards honored a city employee for her many years of service.

The City Council also voted in favor of placing a question on the April election ballot, asking residents to pass a local sales tax on the sale of recreational marijuana. Currently, there is just one medical marijuana facility in the Festus city limits.