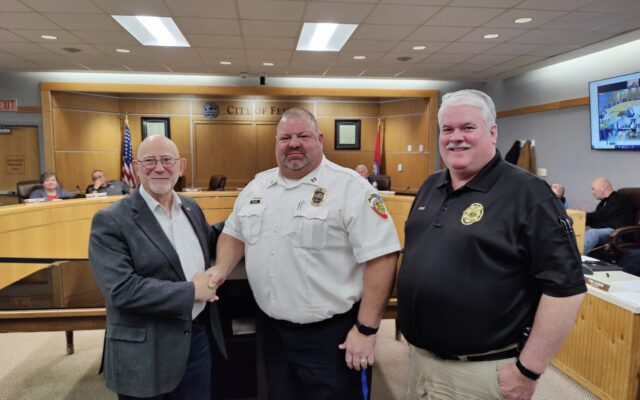 (Festus) Current Festus Police Captain Doug Wendel will become the next Chief of Police. Festus Mayor Sam Richards appointed Wendel to replace retiring Police Chief Tim Lewis and the appointment was confirmed by unanimous consent by the Festus City Council at its Monday night meeting. Mayor Richards says Wendel was the perfect choice with his many years in the department.

Richards says keeping things in-house and promoting from within was a good decision and makes it a nice transition when Chief Lewis steps down.

Captain Wendel has over 27 years of experience with the Festus Police Department and has held the rank of captain for the last five years. He currently provides supervision of twenty patrol officers, three detectives, four school resource officers, eight dispatchers, and two records clerks. Captain Wendel will be formally sworn in Chief of Police at the City Council meeting on April 24th. Chief Lewis will officially retire on May 1st.