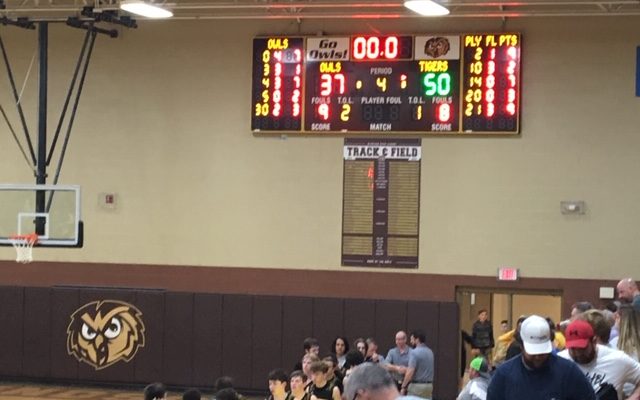 (IMPERIAL) In boys hoops tonight on KJFF, the Festus Tigers out-hustled the Windsor Owls en route to a 50-37 victory in the first game of conference play. Throughout the night, Tiger guard Cayse Martin was, “Big Shot Cayse.”

That three-pointer to start the scoring in the 4th quarter for Festus was just the beginning of the Tigers pulling away from Windsor as they outscored the Owls 17-11 in the frame.

Before the game, Tigers head coach Jason Therrell mentioned slowing down Windsor’s Norman Alford and Matt Martin to give them a fighting chance to win. Festus did just that holding those two to a combined 8 points.

As for Windsor, the Owls couldn’t buy a basket. That wasn’t the focus though for head coach Jason Gillman.

Festus improves to 4-7 with the win while Windsor drops to 6-6. Festus is back in action on Monday at home against St. Clair and Windsor gets a rematch with Affton at home on Monday as well.