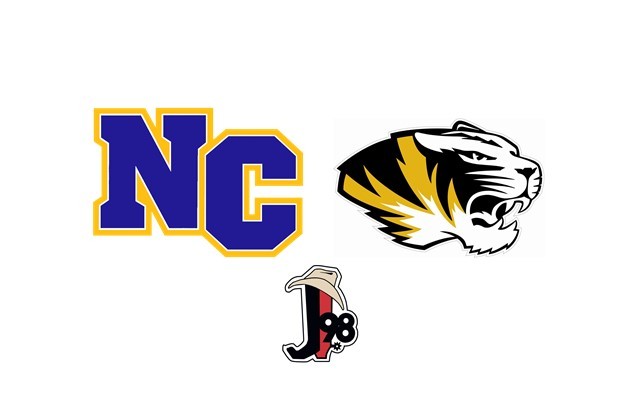 (Festus) For the first time in almost a decade, Festus Tigers football is a district champion.

The Tigers couldn’t ask for a faster start, as they got a three-and-out on defense and scored on their very first play from scrimmage.

The long touchdown run from Cayden Glaze would prove to be essential, as Festus would be unable to generate anymore offense until the final mintue of the first half.

Luckily, the senior would step up again.

Festus would make the 14-0 halftime lead stand up, thanks to another dominant performance by the defensive line.

North County would struggle much of the night on offense without senior receiver Karter Kekec, who suffered an injury in the first quarter that knocked him out of the game.

But after forcing the fourth Festus fumble of the night, Raiders quarterback Nolan Reed connected with tight end Eric Ruess for a 36-yard pass that set up their only score.

Festus had just a one-score lead in the final quarter. But they got insurance very quickly.

And after another stop on defense, the combination of quarterback Cole Rickermann and senior receiver Collin Doyel put the game and a championship away.

Glaze finished with 117 yards rushing and 2 touchdowns after the long run to start the night.

He split Applebee’s of Farmington Player of the Game honors with fellow senior Luke Greenstreet, who had 2 sacks on defense.

They described the feeling of winning a championship.

Tigers head coach A.J. Ofodile said there’s not many building blocks better for a program than winning a title in his first year leading the program.

North County’s season ends with a record of 6-4, while Festus improves to 10-1 and wins its first district title since 2011.

The Tigers will face either John Burroughs or Union in the Class 4 state quarterfinals next week.