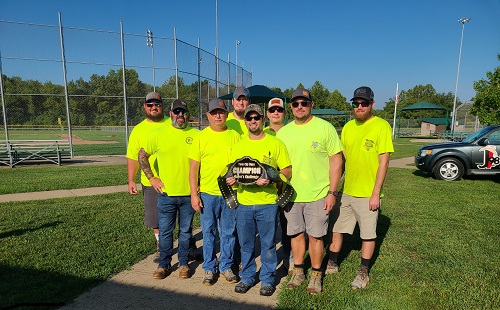 (Festus, Crystal City) For the first time in eight tries, the City of Festus defeated Crystal City in the Twin City Days Mayor’s Challenge. This year’s challenge was more of a city employees’ event as they competed in cornhole. The teams were tied at two wins apiece and it went to a sudden-death winner-take-all final won by Festus. Festus Mayor Pro-Tem Mike Cook was happy to see his guys get the win.

Festus Street Foreman Shain Dollar was part of the final two-man team that clinched the win for his town.