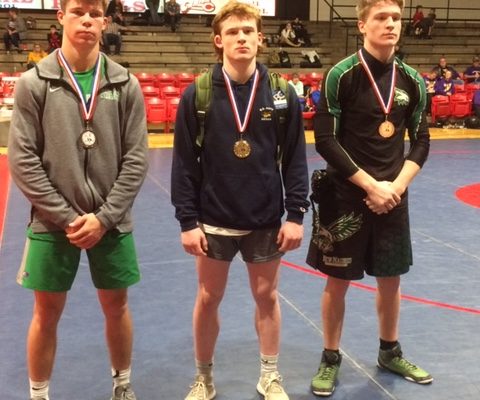 (FESTUS) Luke Shaver of Festus wrestling is our latest Parkland Health Mart Pharmacy Play It Forward Athlete of the Week after his championship run this past weekend at the 20th Annual Central Park Hills Tournament.

Shaver, who wrestles in the 170-pound weight division, picked up four wins in the tournament and pinned his championship match opponent from Blair Oaks early in the 2nd period. Festus wrestling head coach Jason Nahlik was definitely most impressed with that win above all the others.

Knowing Luke, Coach Nahlik says that winning the Central Tournament and being named athlete of the week will certainly be a big deal for him, but there’s more to do.

Prior to the Central Tournament, Luke picked up a pair of wins over Joey Burns of Herculaneum and Austin Henry of Windsor by pinning them during a Jefferson County Conference tri-meet. Shaver’s on-mat record this season is now 25-1.